OKAVANGO DELTA, BOTSWANA | Baby rhinos have recently been spotted in the Okavango Delta. Not only are they adorable, they are signs of hope for efforts to bring this precious species back from the brink of extinction. AKP Conservation Officers have reported the arrival of three male calves and one female newborn – the first female on record so far.

This is exciting news for the conservation community and great motivation for the continued work that still must be done. In just a decade, it is estimated that more than 7,000 African rhinos have been lost to poaching. Although the number of our new arrivals pale in comparison to the staggering numbers of rhinos lost, it demonstrates that our protection efforts are working. After a significant number of black and white rhino were translocated to the Moremi Reserve in 2015, the AKP-supported Rhino Conservation Program has been actively involved in complex efforts to monitor the endangered species.

Having well-trained and equipped Conservation Officers, has proven imperative to monitoring efforts. We know exactly where the rhinos are, how they’re breeding, what they are eating, and other important behaviors because of their surveillance. All information collected is shared, through Rhino Conservation Botswana, with key decision-makers, in order to benefit rhinos across Africa. Their research will contribute to our understanding of the impact and effect of translocation on both the rhino and the environment. The discovery of four baby rhinos shows promise that the system is working. Furthermore, the Rhino Conservation Program will be able to monitor the calves’ growth –adding to a more thorough understanding of how we can help the rhino population survive.

Our Conservation Officers could not be more overjoyed. According to one officer, the wonderful news of the babies is an added motivator to their ongoing commitment.

“What drives me to wake up early day in and day out is the hope to see calves, and when I saw the first one, I knew there and then that my efforts are not in vain; there is success after all. I still cannot believe I get paid for what I do, and get to see what I see every day in this very wild part of Botswana. Each day the chapter is different and rhinos are the key players in this book. Just being able to confirm that they are breeding well, is very fulfilling on its own.”

We hope you spread the word of the amazing news from our Rhino Conservation Program– and enjoy the photos of Botswana’s newest additions. 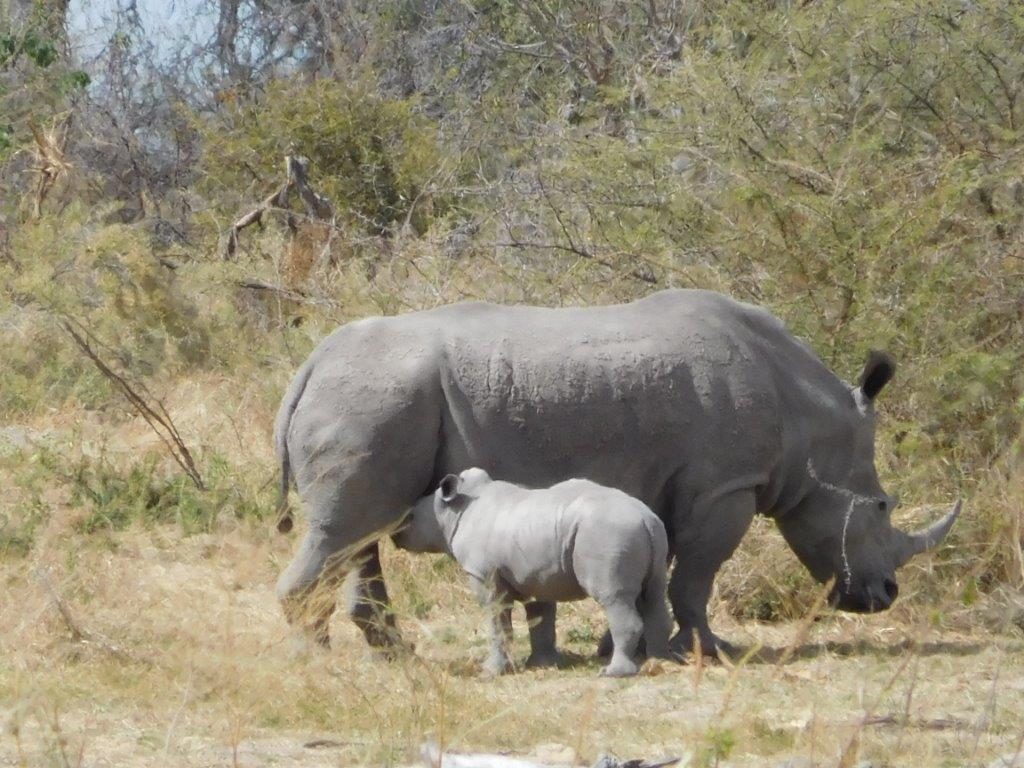 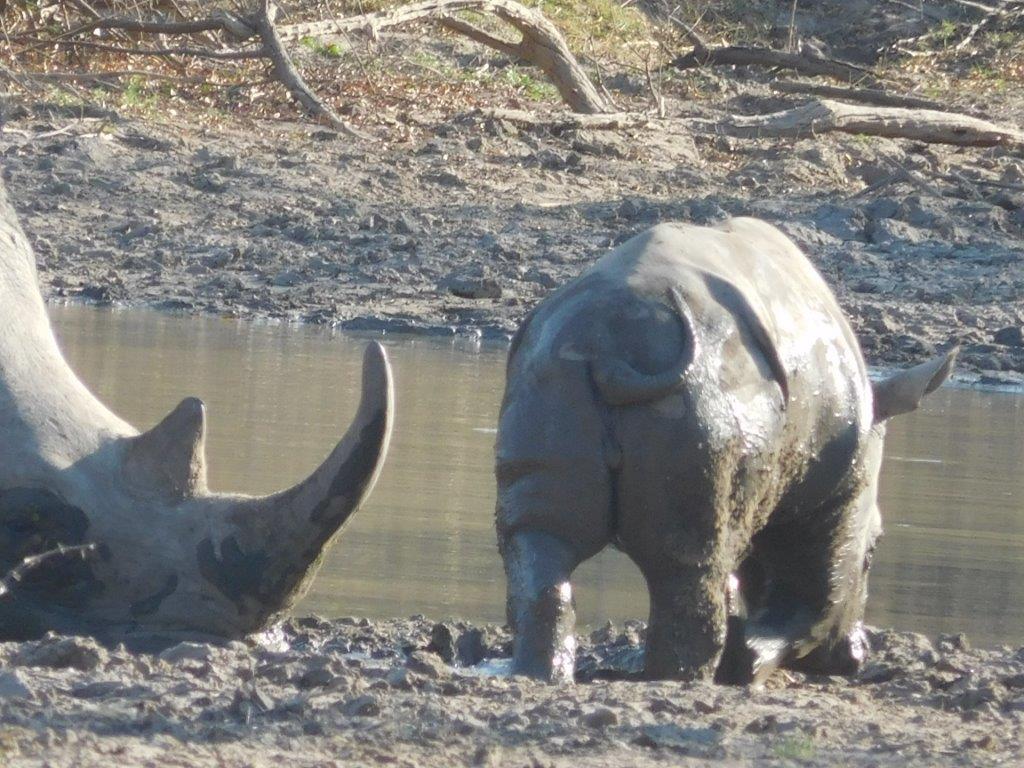 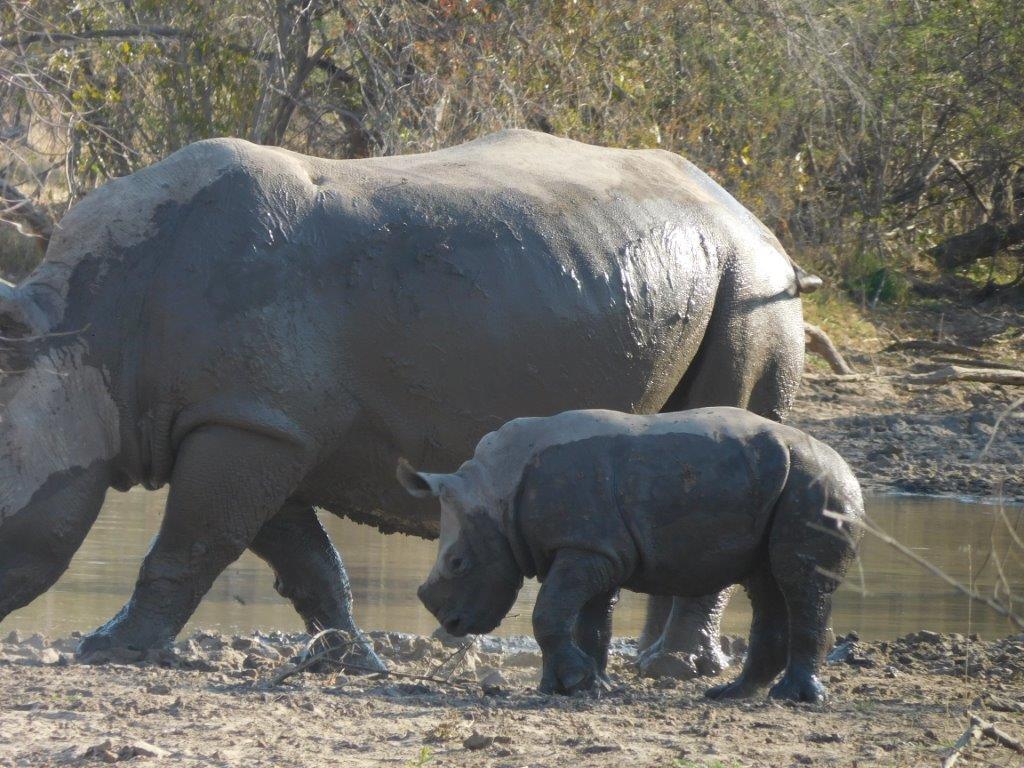 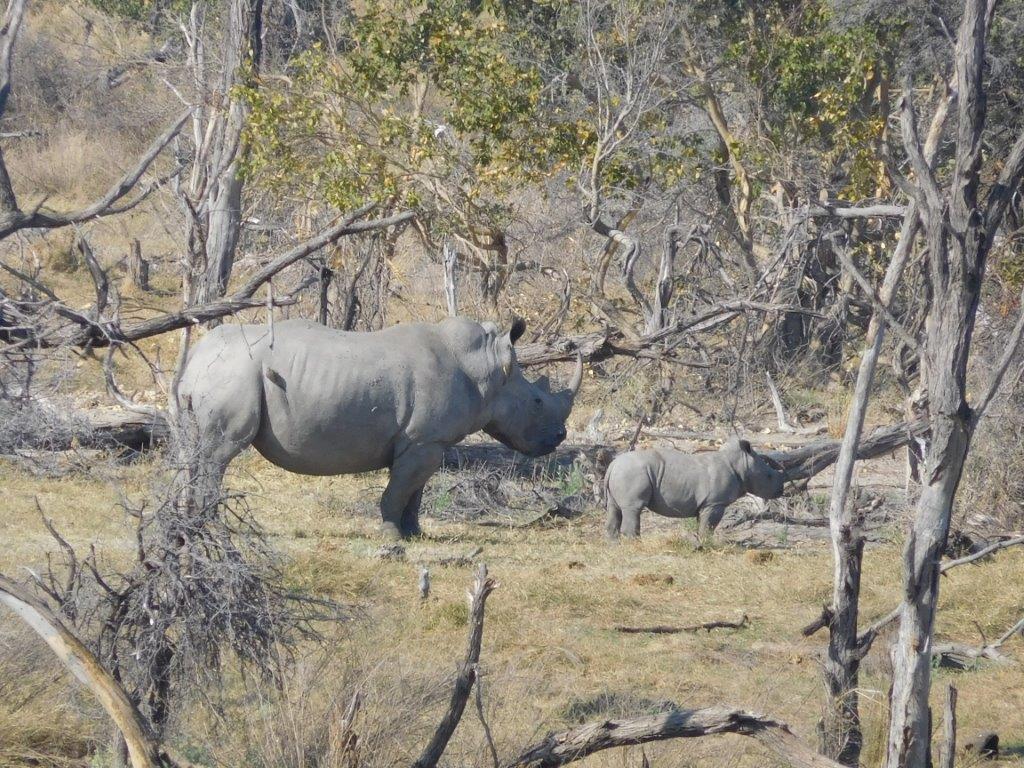 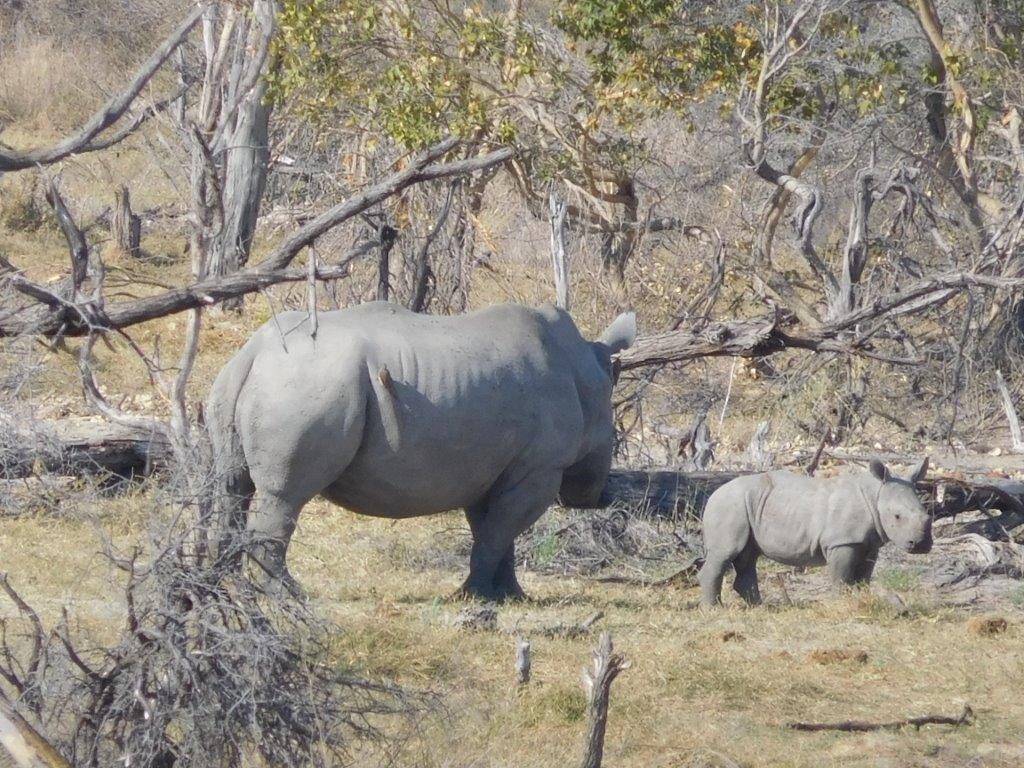 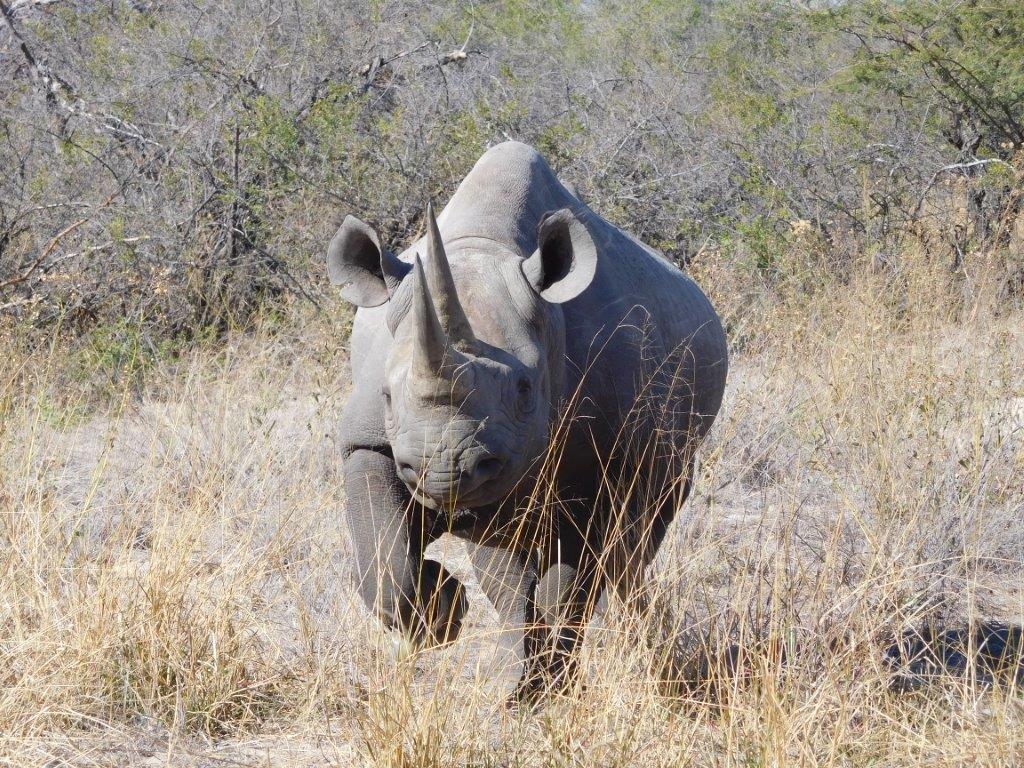 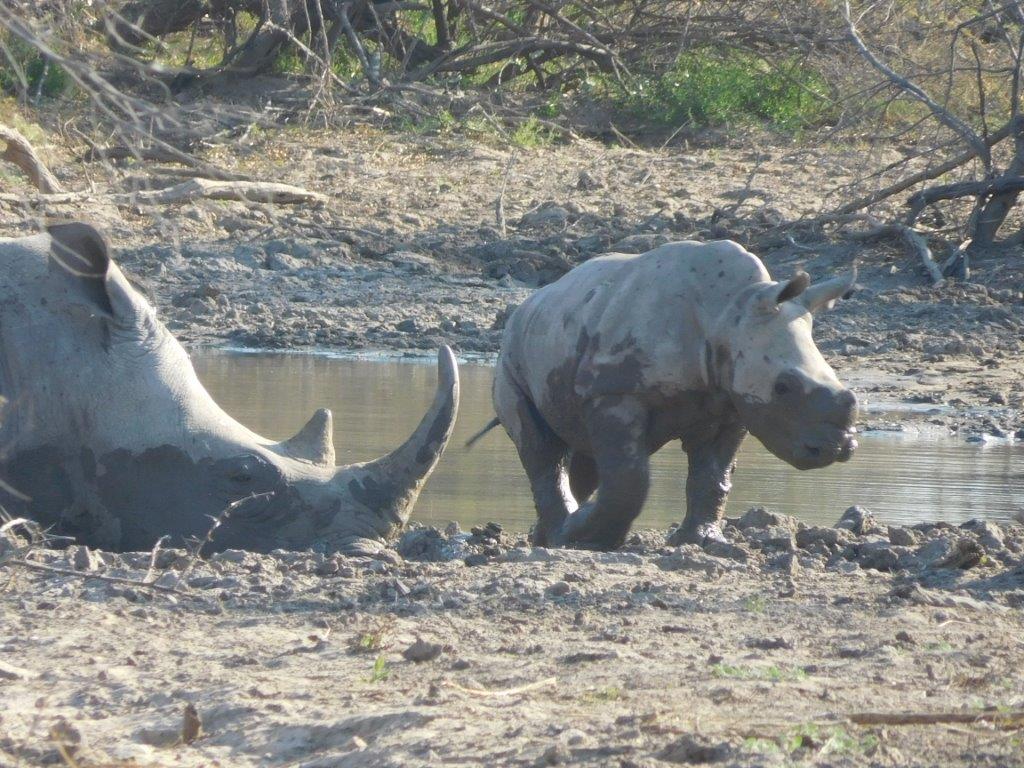 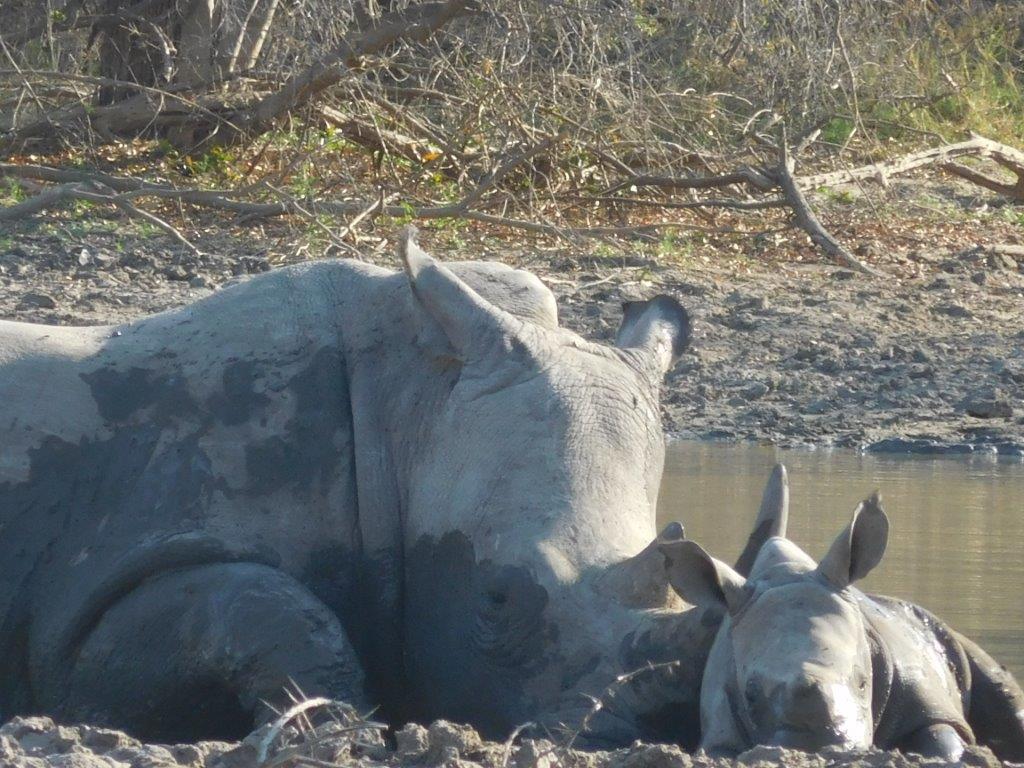