By Cristina
Posted March 9, 2017
In Uncategorized
0

“Well, here in Antarctica, you see it with your own eyes. You know, we’re seeing changes in whole ecologies, whole communities down here that probably wouldn’t be unusual over millennia. But here, they’re happening over a few decades. I really believe this is sort of the bellwether, if you will, of climate change environments on our planet. And we need to take heed of that. We’re seeing changes at home. They’re much more dramatic here, and they’re going to get more dramatic where we live as well.” – Dr. James McClintock 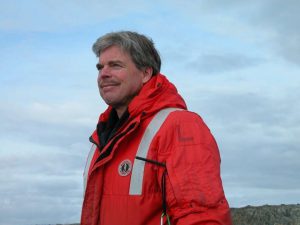 Dr. James McClintock, a marine biologist, talks with David Greene about how warming temperatures have had a dramatic impact on the glacier near the U.S. Palmer Station in Antarctica. To listen to the entire conversation or read the interview transcript, head over to NPR here:

Since 2007, AKP has supported Dr. McClintock and the Antarctica Climate Change Project.